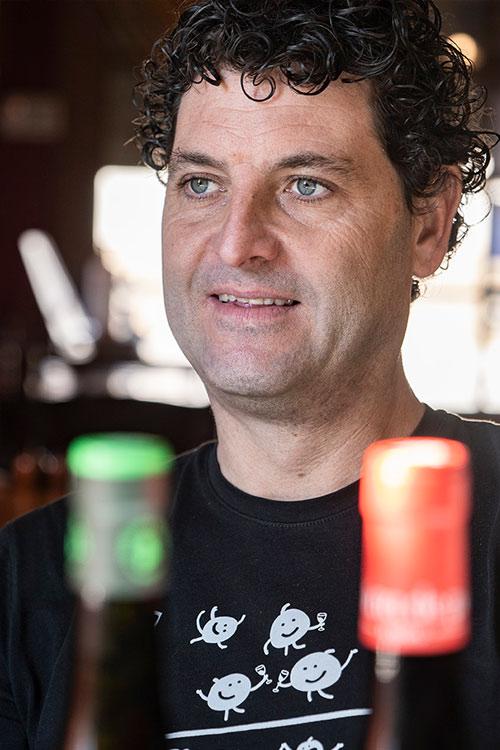 My passion is to bring wine to the people. I feel invigorated when communicating about wine. So far I have done it at El Bulli and restaurants in general, through the project of the Bulli Foundation, writing books, giving classes, lectures, and on radio and television. And I want to keep on telling stories about interesting and impressive bottles of wine.

He served his first coffees at the Golf Muntanyà Restaurant (Barcelona) during the summer. David received his first paycheck!

He entered the Sant Narcís School in Girona to study hospitality and services.

At the same school and together with the UDG (University of Girona) he studied his first sommelier course.

Second training as a sommelier at the School of Hospitality Muntaner (Barcelona), obtaining the highest grade in his graduating class.

He interned at La Gamba restaurant in Palamós (Girona) with Josep Maria Quadrat. Josep was his first professional contact with wine.

First stage at El Bulli restaurant, in Cala Montjoi. He started out as a sommelier assistant, but over time he took on a more important role in the restaurant's service team. His teacher was Juli Soler.

He became part of the Vila Viniteca communication team (Wine distributor in Barcelona).

Head of Sommeliers at the El Bulli restaurant until its closure.

Premio Nacional de Gastronomía for the best Sommelier 2011, by the Royal Spanish Academy of Gastronomy.

Publication of 5 annual books-guides of wines with a great price-pleasure ratio. In 2011, he was honored with the Gastronomic Literature Award, bestowed by the International Academy of Gastronomy.

He worked as a sommelier at elBulliLab collaborating in the different projects of the Foundation.

The dream of making his own wine and continue sharing the stories encapsulated within a wine bottle with others was born.

He works as a freelance for different companies in the wine sector: Wine Style Travel, Yalocatoyo.com, Cellers Herència Altés and Owine. He is also part of the tasting committee of Wineissocial and is a regular contributor to the El Matí program on Radio 4.

I have always been interested in disciplines that combine a technical and artistic part such as architecture, gastronomy or music and as a child I enjoyed planning and organizing projects to make ideas and dreams become a reality. 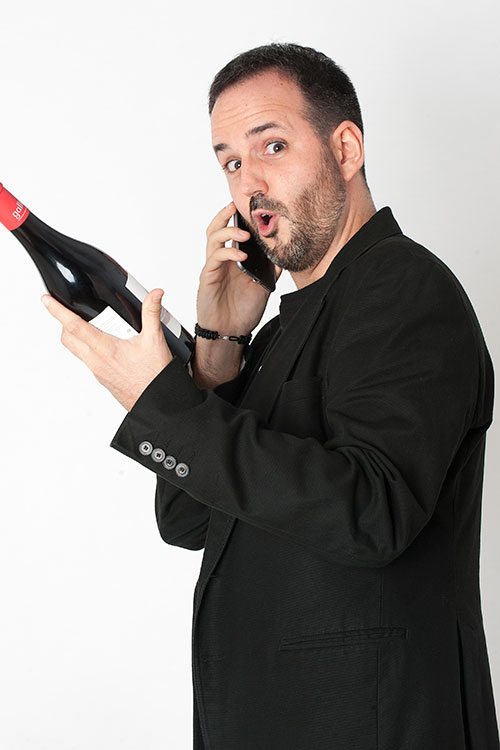 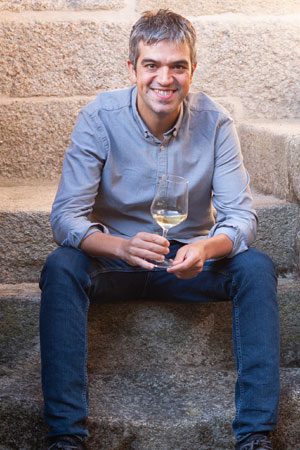 FRIEND OF THE PROJECT

Those who know or have spent time with David Seijas at some time remember that, most likely, he brought a smile to your face because humor is innate in him.

One of the best work memories that I have is the time that we formed a team of sommeliers in elBulli. There, day after day, David made our guests laugh. His tools were the self-confidence, quick-minded, the preparation of wine and, above all, the emotional transparency. He showed himself in the room in a simple and plain, open and communicative manner, with a style of service that was his own and that easily connected with the guests, a style only acheived by the best, those who know what they do and do it from the heart.

However, after the first and shiny layer appears another more interesting one, revealing his talent as a concerned and thoughtful worker who thinks about wine in a different way. A level of David Seijas appears that is persistent in his repeated analyzes of the relationship between price and pleasure, or the gustatory simplicity of a bottle, always trying to explain wine with simplicity but without trivializing it. These are his rhetorical themes that pop up in any wine conversation.

I remember, with affection, the days when he went nuts searching for bottled treasures that were worthy of being published in his annual guides of the 100 wines.

A common conversation that we would have would start with David skipping over to me saying "Fredi, I found this wine that looks great and costs only 10 euros! Have you tried it?!"
And my response was "No, David, no idea, but it looks good, really." His enthusiastic conclusion was always "I have to taste it, one way or another, it's 'guide material'!"

It was a conversation repeated over and over again, always about the obsessed encounter of the best "price-pleasure" wine. Meticulous, precise and with his best ally: its sensoriality. David Seijas has a magic gift of the senses, believe me, he must have been blessed with super senses, he is the most brilliant wine taster, blindly, with which I have ever encountered, and which is notable by reviewing his selections.

In the project "Gallina de Piel" we perceive its mark and how it transcends the obsession to search for the best wine, together with its literary and journalistic activity, to a palpable and drinkable one, in which its knowledge is savored and not only read. In essence, the project recalls the already distant days of a David Seijas explorer hunting for the wine treasure.

With David we have lived all kinds of adventrues; from hilarious and festive situations, to moments of work stress, going through the responsibility of managing a wine list of the highest level, fitting it into a kitchen like elBulli's, which we did not understand.

David is my gastronomic brother, my buddy, my partner of professional hardships, a person whom I admire and with whom I maintain complicity, as a colleague, as a friend... we form a brotherhood that is liquid, indissoluble and lifelong.

Guillem is an architect but he is also that applied student, eager to listen, memorize, learn whom I discovered immersed in the training of sommeliers that takes place in the School of Hospitality and Tourism in Girona, which occupies thirty new talented sommeliers every year. It is a course in which both David Seijas and I have the fortune to participate as teachers in some sessions. We enjoy them like kids when we see the energy with which the new wisdom pushes from the roots.

With Guillem I usually coincided in a train journey of just 40 minutes in which we took the opportunity to talk, very little about wine -we had already been debating for three hours in class- and a lot about life. There, I learned one of his hobbies: business entrepreneurship.

Guillem is much more than a newly qualified sommelier. He has the passion of the entrepreneur, loves to launch new projects, and before partnering with David was already familiar with the complex world of companies, especially technology and online communication ones.

During that trip he repeated over and over the quote from Michael Jordan: "I've failed over and over and over again in my life and that is why I succeed". He conveyed that aphorism, both american and certain in style, which indicates the difficulty of reaching success without stumbling.

A couple of years later, Guillem joined the adventure, along with David, to ensure that Gallina de Piel succeeds. His responsibility is to direct the project, make it grow and prepare the world of wine for Gallina de Piel. There is no doubt that he will accomplish that.

David Seijas had the idea in his head of throwing himself into the business ring, doing what he does best: taste, select and communicate wine. We had a shared dream of seeing our names together on the same label, living another adventure together, perhaps more risky: making a wine and being able to apply the knowledge acquired by turning it into a product.

However, people have different vital biorhythms and, sometimes, the paths come together, on other occasions they go parallel, more often they separate. I would have loved to get involved with David 100% on this trip but the obligations acquired in the writing of Bullipedia and my role as a collaborator with Jancis Robinson, I cannot get involved in the project the way I would like.

But how can you say 'no' to the person with whom you have shared the most professional time and who I admire? It is simply impossible.

I sense that David will make me taste all his wines and that I will give him my opinion -as often as necessary- because after all it is what we have done all our lives, share our interests and feedback. I will cherish it and will follow the project closely to support him in everything.

However, the affective implication has its counterpoint that turns into the moral impossibility of writing or promoting the wines of the "Gallina de Piel" brand in any of the media with which I collaborate. I will never think of scoring one of David's wines, or highlighting it in any publication for reasons of integrity and keeping the conflict of interest policy intact, as I have always tried to do and therefore continue living the dream of writing about wines in an honest manner.